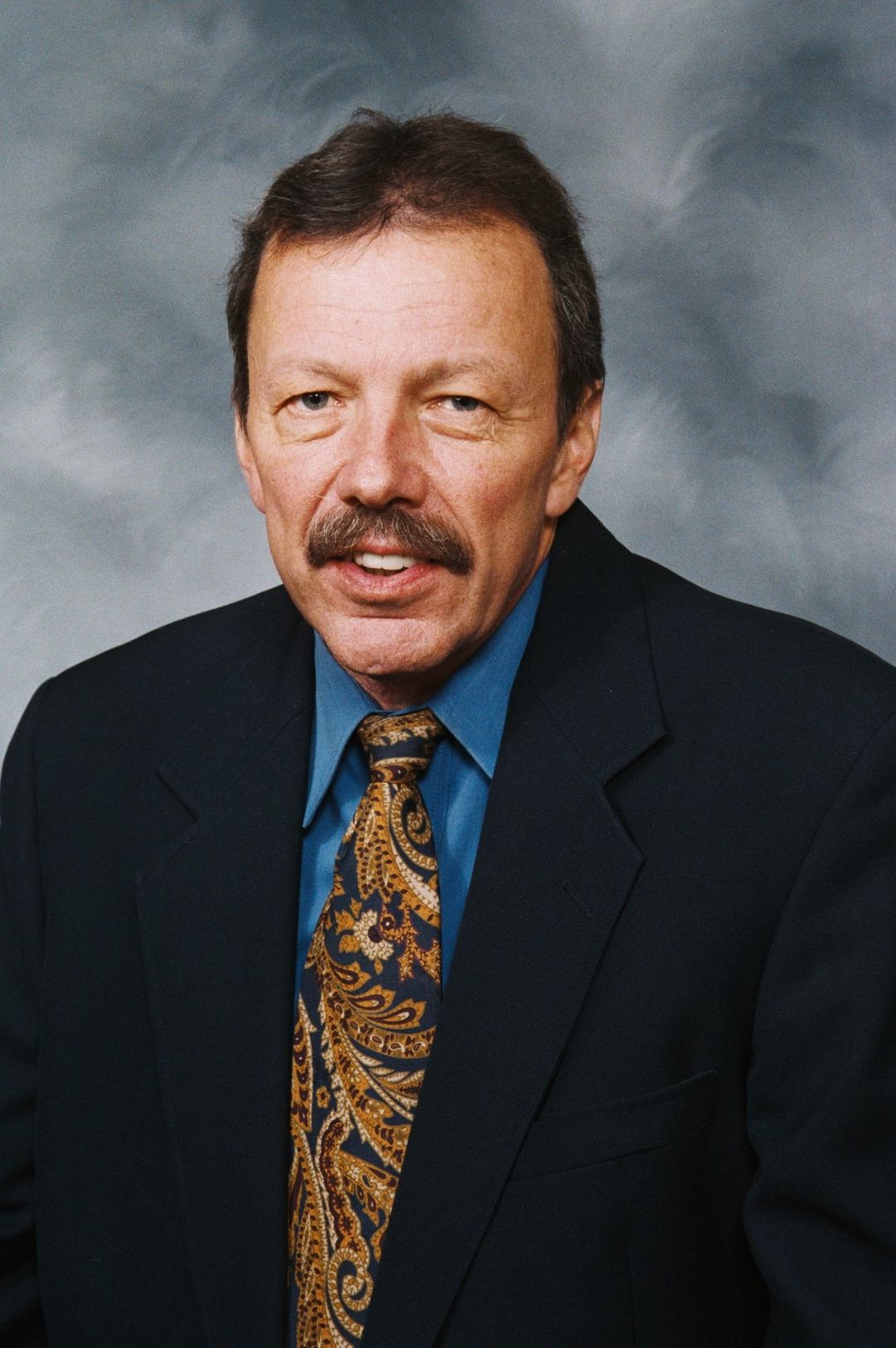 At First Independent Bank we’re remembering with sadness and fondness President Dorane “Duke” Pogatchnik, who passed away at his home in January.

Dorane Alfred Pogatchnik was born to Lowell and Carol (Lieske) Pogatchnik in Rochester, Minnesota, on April 22, 1957.  He was baptized as an infant and later confirmed when the family was living in Middle River, Minnesota.  His family moved around frequently throughout his childhood, eventually settling in Finlayson, MN where Duke graduated high school in 1975.  Duke briefly attended college before starting his banking career. At age 25, Duke moved to Russell, Minnesota, to manage the Farmers State Bank of Russell (now First Independent Bank).  A few years later he married Diane Richter and they had a son, Curtis, who died in infancy.  Duke and Diane later separated and divorced.

In the early 90’s Duke met MaJa Wagner. Duke and MaJa married and had 3 children: Alexandra “Allie”, James, and Gabrielle “Gabby”.  The couple moved to Marshall in 1999 as the bank and his family grew.  Duke and MaJa divorced in 2010.  Duke was very dedicated to his work, pouring himself into growing the family banking business.  He was known for being extremely intelligent, somewhat stubborn yet kind. He enjoyed many professional successes, but his greatest pride of all was his 3 children.

In his youth and early 20’s, Duke was an avid coin collector and traveled around the country to attend coins shows and buy and sell coins. Duke was a lifelong Golfer, competing in and winning several local tournaments. Duke was a member of Christ Evangelical Lutheran Church in Marshall and previously a member of both the Russell Lions Club and Russell Fire Department.

Duke and his family have been strong supporters of the communities they serve and community banking. We encourage you to read our history at https://www.fibmn.com/history-timeline

The Bank is in great hands with the current leadership, Bruce Pogatchnik and the Pogatchnik family. First Independent Bank will continue on with Duke’s legacy and make him proud.